Spoiler alert: The Mets went with the mystery box.

The Mets had two choices when hiring the general manager. They could have used conventional wisdom and hired someone qualified or the mystery box. In typical Mets fashion they choose the bizarre option. There are many reasons why executives, players and fans are not happy with this move.

While many names were thrown around, the Mets eventually narrowed down the search to four potentially qualified candidates and one out of leftfield. Four candidates all had serious front office experience and qualifications. One had none.

Dave Littlefield was given an interview, but he had a terrible tenure with the Pirates. It is doubtful he will ever be a GM again. He made many horrible moves. Just the mention of his name makes Pirates fans want to jump into the Ohio River in December. Kim Ng was a candidate that many felt should have gone further in the process. A few years ago, Forbes named her the fifth most powerful woman in sports. She has close to 30 years of front office experience, including working as assistant GM to Brian Cashman during the 1998-2001 Yankees championship years. She later worked for the Dodgers in a similar role and is currently MLB’s Senior VP for Baseball Operations. Many hoped she’d break the glass ceiling and be the first female GM. Doug Melvin was the Brewers GM beginning in the 2003 season. In 2011, Baseball America named him Executive of the Year. In 2015, he left the position to take on an advisory role. Despite being in a small market, he had a decent amount of success. None of these candidates made the final round. 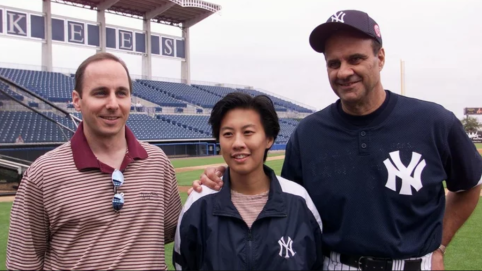 A young Kim Ng during the Yankees glory years

The two final candidates were Chaim Bloom and the mystery box. Bloom is currently the Rays VP of baseball operations. Despite just being 35 years old, he has been in the front office for close to 15 years. The Yale grad is considered a whiz kid and very analytical. Some call him the smartest guy in the room.

This past season he got quite a lot of publicity. Despite being in a division with two titans, Tampa pulled off a 90-win season. What is more amazing is that they did most of their winning in the second half. Over the course of this season, they traded Alex Colome, Denard Span, Brad Miller, Nathan Eovaldi, Chris Archer, Wilson Ramos and Adeiny Hechavarria. Not only did they not lose, they dominated. From July 31st on, they went 37-19, to shock the baseball world. The front office was up to something and Bloom was the brain behind it.

Are the Mets passing up on the next Theo Epstein?

The opportunity came for the Mets to snatch a superstar on the rise. Fans were salivating at the thought of having a new age guy calling the shots. If he could win with a team that operates on a tiny budget like Tampa, perhaps he would do well with the Wilpon’s. So naturally this perfect fit would be signed as the 13th GM in Mets history, right??

Wrong!! The Mets have a propensity for the absurd. Whether it was return of Omar Minaya or not exactly firing Terry Collins, the Mets front office moves leave us confused. In fact, this entire GM process was technically not to replace one person, but rather the three headed Ricco-Minaya-Ricciardi monster. The Mets went with the least logical pick… the mystery box.

The next GM will be Brodie Van Wagenen. Brodie does not come with a long list of front office positions like Ng. He is not considered to be an analytical genius like Bloom. He isn’t a former GM like Littlefield or Melvin. He is a sports agent. To make things awkward, his agency represents many players on the Mets. Cespedes, deGrom, Syndergaard, Frazier, Gsellman and Nimmo are all his clients. His agency, CAA, represents other stars around the league like Robinson Cano, Ryan Braun, Adam Duvall, Ian Desmond, Adam Jones and Buster Posey. This brings up a huge question. Is there a conflict of interests? 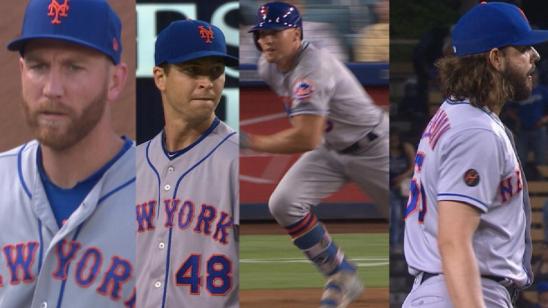 It is not known if the Mets players who used CAA have complained to Clark.

Players association head, Tony Clark, has already expressed his discomfort. He informed the media that numerous players contacted him with concerns. Brodie has access to many players personal details. An agent is the players voice. To jump to the other side shows bad faith. What is to prevent Brodie from using his previous position to take advantage of players both on and off the Mets? To be honest, if the MLB Players Association fights this, they’d be justified. In the words of Scott Boras; “When you’re fluid and you’re going from agency to management, the fact of the matter is, how does a player know that you won’t make that change at any time? Why would he tell you the most intimate things in the world, knowing you’re going to be negotiating against him?” 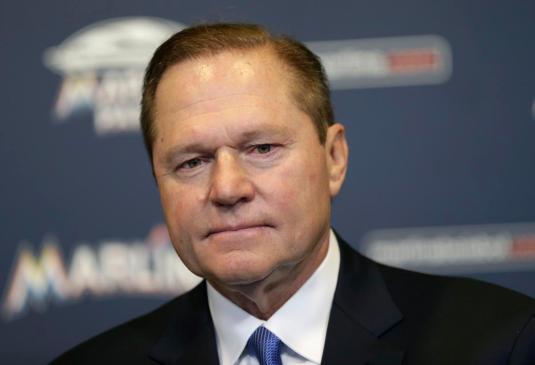 Super-agent Scott Boras has expressed opposition to the move. Will he stop negotiating with the Mets?

In Brodie’s defense, he isn’t the first. Former pitcher Dave Stewart became a sports agent after retiring. From 2014-2016, he was the GM of the Arizona Diamondbacks. However, his agency was smaller and there were concerns with conflict of interest. Stewart’s wife remained in the agency. In basketball, this has become a trend. The Golden State Warriors president of basketball operations is Bob Myers. Myers was a sports agent for 14 years with Wasserman Media Group. He is credited with negotiating over half a billion dollars with of contracts. Since going to the Bay Area, he has won three championships. The Lakers have Rob Pelinka as their general manager. Pelinka was a famed NBA agent for many stars including Kobe Bryant.

Like many fans, I am upset. I wanted Chaim Bloom since he represented a better tomorrow. He represented turning the Mets into a club who could use data the right way and compete. The Mets opted for the mystery box. They are banking on the idea that Brodie will turn the Mets into the Warriors. Brodie is a top agent. He is considered a smart guy. Beyond that, no one knows what to expect. My biggest fear is that he will see the free agent market as the solution to the Mets problems. He will make the mistake of not developing players properly. I hope that one day I will look back on this article and be thankful I was wrong. For now, we can just say that the Mets got the mystery box.

(David Weiss is a lifelong Mets fan. He has lived in Israel since 2008 and runs the Facebook page Jewish Mets Fans.)