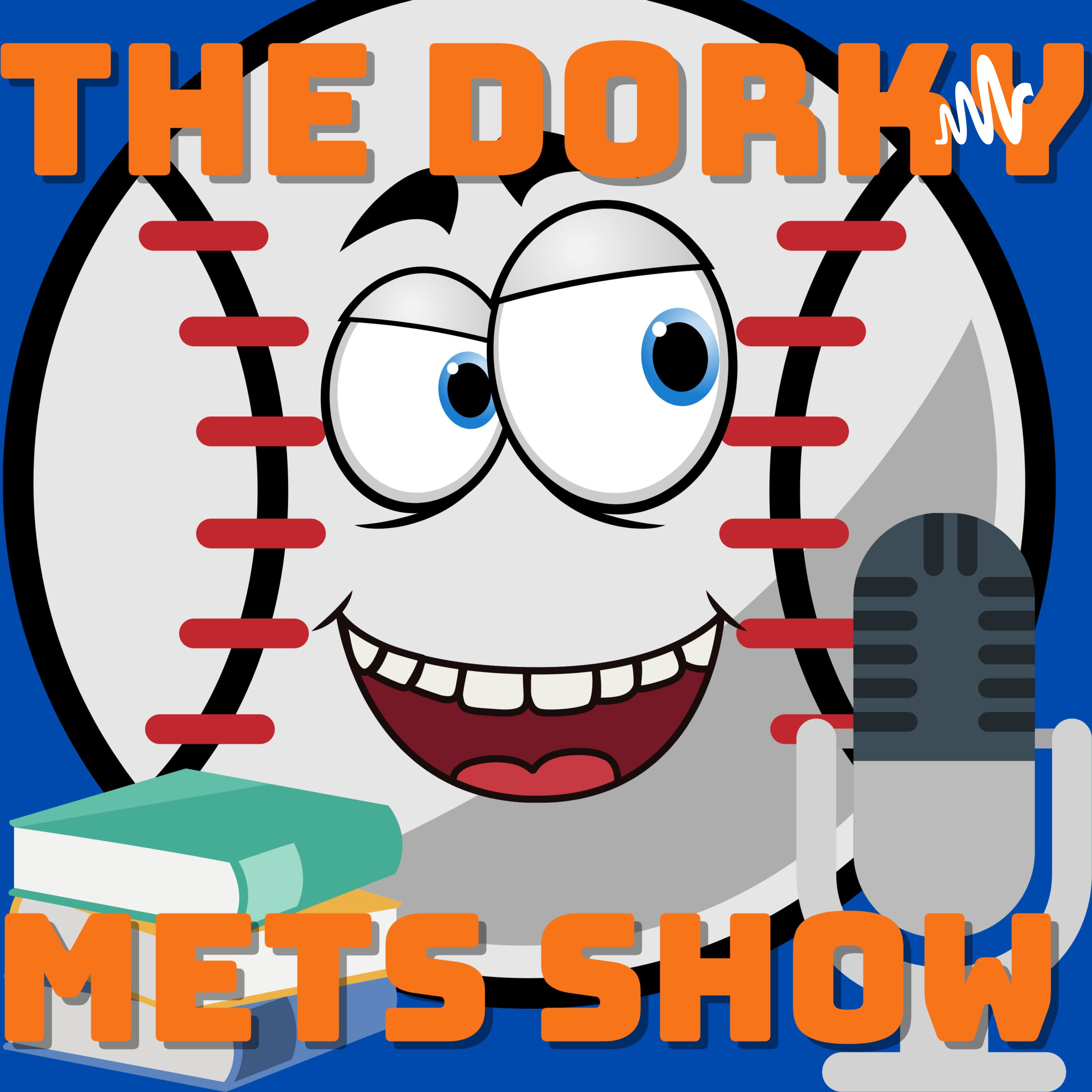 The Dorks discuss some potential FA signings the Mets can make and internal options for DH position. — This episode is sponsored by · Anchor: The easiest way to make a podcast. https://anchor.fm/app Support this podcast: https://anchor.fm/thedorkymetsshow/support

When the Mets fired Dave Eiland back in 2019, the pitching started to get better. His methods were “Old school” and players were having trouble adapting to his methods and teachings. When Phil Regan (GOAT/Vulture) took over, the Mets pitching seemed to have gotten better. Regan followed the Analytics while also implementing his own experience, but mostly putting the analytical data first.

Chili Davis and Tom Slater had old school methods and approaches. Now that they’re gone, the Mets are going with…You guessed it, more of an analytical approach. Hense why they brought Hugh Quattlebaum and Kevin Howard. Both worked in the Minor leagues. Hugh as the Minor League Coordinator and Howard as the Farm director….In other words, heavy in analytics.

The Struggles of Francisco Lindor didn’t help their case, but neither did the struggles of the offense as a whole, including struggling with RISP with the exception of recently in the Series win in Philadelphia.

As for Luis Rojas, his job is completely safe. He’s an analytics first manager like most in the league, meaning that most/If not all of his decisions are based off of Analytics. This includes writing the lineup (Written for him), In game decisions, which pitchers to bring in at which times, you name it. No manager has full say anymore in today’s game with everyone so heavily sold on analytics, with the exception being the Phillies in Joe Girardi, who demanded he have control of writing the lineup before he signed on to be the manager for Philly.

Although I don’t agree with it at all, MLB has been trending in this direction since if I were to guess, 2016/2017. The art of a manager actually managing a game, those days are long gone now. The manager is now a scapegoat while the analytics department gets the ultimate free pass. Every team now invests heavily in analytics. It’s the way of the game nowadays sadly. You can say to hell with the stats, but that’s ultimately what’s driving the game. It’s no longer a feel for the game anymore, unless you feel the analytics.

The Mets have fired hitting coach Chili Davis as well as assistant Tom Slater. This comes off after a game in which the team scored five runs, however there have been clear struggles on the year.

Hugh Quattlebaum will join the staff as the Mets hitting coach and Kevin Howard will take on the role of assistant.

The game of baseball has been through cycle after cycle for as long as there has been baseball. However every now and then, a player or players come around and change the cycle. It has become abundantly clear that baseball has changed over the last 10 to 15 years drastically.

Almost every single lefty now has to deal with the dreaded shift, more frequently then ever, right handed batters are even being shifted against. The launch angle theory has also come into play more recently and players are now swinging for the fences like it is mid to late 90’s again.

Personally, (and I do not think I am alone) the more old school approach to the game is a better game. This is not to say I do not enjoy the game as it is today, to me it is and always will be the greatest game in the world. Although the Chess like adaptation and precision is an art that has taken a back seat and given way to a more Checkers approach.

This is especially in regards to the art of hitting. The philosophy now of “go up there and swing as hard as you can with a swing that contains launch angle” is less appealing then the go up to the plate and try to out think the pitcher. Find your pitch and drive it somewhere.

As a avid and die hard Met fan, I have noticed two players playing a huge part in swinging the cycle back toward that old school style of play. First and foremost, lets look at Robinson Cano, his new approach is as brilliant as it is obvious. All spring long he worked on shooting the ball into left field. He made the proclamation that he was going to do it, and he already did it once in only one game. It’s something we all have seen.

The infielders drastically shift over toward the right side of the field and we collectively sigh and say, just poke one down the left field line. Robinson Cano has finally decided to make a conscious effort to put that into practice. I’m not saying Cano is going to bat .350, however if someone with his type of bat control decides he’s going to forgo swinging for the seats every single at bat and take a double or base hit when that shift is on, .350 can be an easy average to obtain.

If other hitters with Robinson Cano’s bat control such as Joey Votto, Andrew Benitendi, Daniel Murphy, Jose Altuve, J.D. Martinez Ect. start taking this same approach. Eventually the shift will revert back to a tactic you can only deploy against big sluggers like Joey Gallo and Khris Davis. It is only a matter of time before other players pick up on this and begin to adapt the same way. As Cano has gotten older it seems he has gotten much wiser, because he is the first one I’ve seen make a serious effort into making that shift ultimately work for him, rather then against him.

The second player I believe has figured something out is our beloved Jacob deGrom. Remember not to long ago Jake’s out pitch was that devastating low and outside fastball? His first two years that was how he predominantly retired hitters. Although Launch angle has completely put a damper on that philosophy. The fastball at the knees has turned from a deadly weapon into a pitch that is now right in a hitters wheel house. The launch angle technique which pushes for an uppercut stroke, make a low fastball a hitters dream.

After a season in which deGrom had a higher then usual ERA of around 3 and a half and had given up more homeruns then usual he seems to have moved the pieces on the chess board around. If you watch closely “peas at the knees” (As Terry Collins used to call it) is no longer the way Jacob strikes batters out. When deGrom gets two strikes on a batter nowadays, he inevitably throws that high fastball which looks great to a hitter, however is almost impossible to hit when using the launch angle method. Once again it is only a matter of time before the other smart pitchers in the league see what’s going on and adjust. Before long to high fastball is going to be a premiere out pitch again.

As it seems Jake and Robinson have figured out new methods of combating the competitions strategy. It is imperative the New York Mets see what is in front of them and draft and develop players accord.

Newly acquired Robinson Cano has been having a hot spring and you can attest that to him using the entire field, especially while the defense continues to shift on him.

Cano lined a first pitch fastball from Red Sox lefty Eduardo Rodriguez to left field. Batting Coach Chili Davis has been stressing “situational hitting” with the team and Cano clearly has gotten the message and has been executing this action with ease.

Interestingly enough, Mike Puma of The New York Post had this to say on Twitter about a new approach Chili Davis plans to use:

Which is great news, however I’m also shocked. This news means that the Mets haven’t implemented situational hitting in the recent past and that’s quite disturbing. Hopefully more news comes out about that but till then, Chili taking over already sounds like it’s working in December.

Anthony DiComo of MLB.com is reporting via his Twitter account that Chili Davis is the lead candidate for Hitting Coach and is expected to be hired for the position soon. There’s said to be a few more details that need to be worked out.

If the hiring goes through, I like this move for the Mets and I can see Chili being a good buzz in Callaway’s ear as a buffer between the players and manager. Davis has gotten nothing but praises in his former positions and may be destined to be a Manager in the near future.

Jim Riggleman has also been named bench coach. He was previously Manager of the Cincinnati Red but before that, he was involved in a contract dispute with the Nationals which lead to dismissal as Manager in the middle of a playoff bound season.